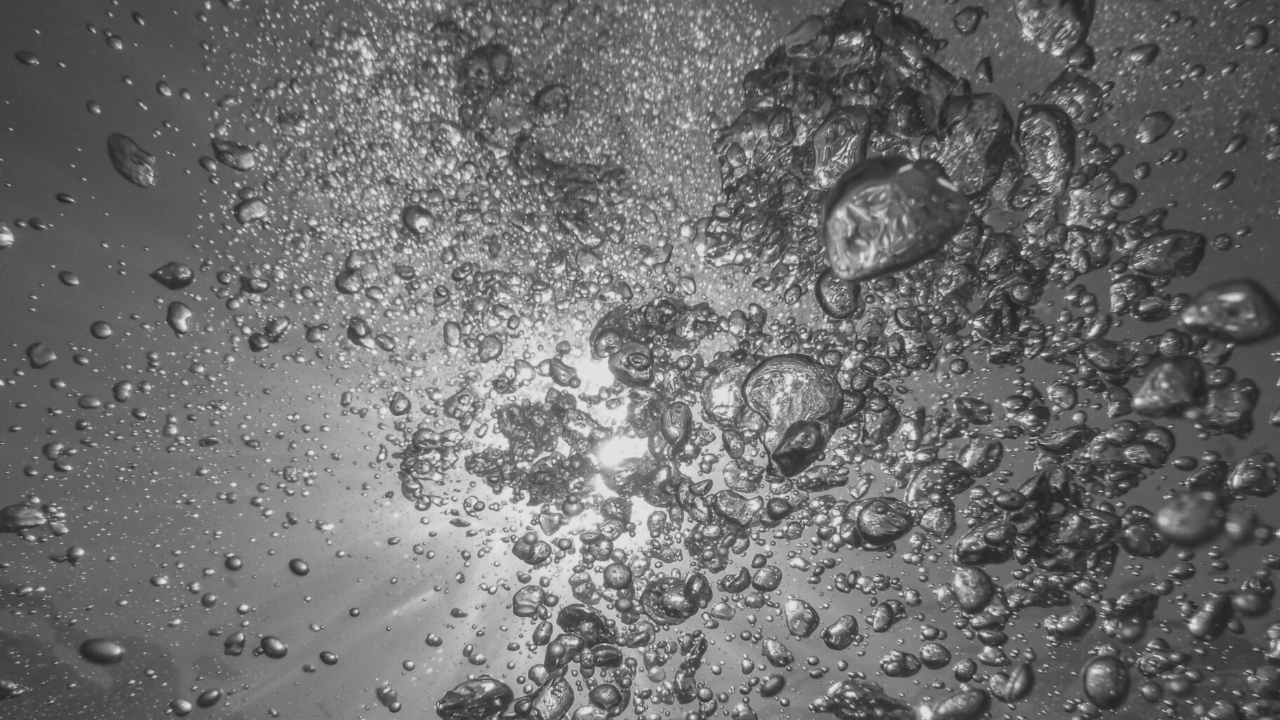 Thanksgiving has always made me feel like an outsider, a foreigner enjoying somebody else's holiday. Having grown in Mexico, my Mother made a turkey for my dad's birthday (which happens on or around Turkey Day), but it was always accompanied with tamales and tequila. My Mother would let us skip school, and we used a large parabolic-dish antenna to try to catch a bit of the Macy's parade. As I watched a humongous Snoopy float over 5th Avenue, I felt quite special to have such a cool, internationally saavy mum, quite frankly.

When I moved to the USA at age 20, my first Thanksgiving was lonely. My College counselor invited me to her home, knowing I had no family here. The next few years I had enough friends to gather around the table to Boston Market-bought turkey, turning the dinner into weekend-long wine-fest without remorse. I remember those weekends as if from a warm bubble. Lots of food, silliness and chilling. There was a time when wine worked, and had no real consequences, after all.

However, I was still waiting for the Perfect Thanksgiving. Every time I saw a romantic comedy movie centered around Thanksgiving,I thought "I will find that someday". It was such an "American Dream" thing for me. The American handsome prince, his quirky parents, the drama-filled sister, the brother who had a slight crush on me, the children that adored me and called me "tia Pamela". I wanted a storyline that involved turkey, tradition, hidden lovemaking in childhood bedrooms — and preferably, a stone on a ring to flash at family members at some point in time.

But my Perfect Thanksgiving did not come. Not for a very long time.

Mr. G was my first husband, circa 2004. I do not actually recall having had a Thanksgiving in the brief time we were together. I drank myself through most of the events we had as a couple (including our very strange wedding), trying to avoid the pain that the mismatched union caused my heart (and my brain). So... no good Turkey Days were had during my "marriage" to Mr. G.

I eventually would do Thanksgiving with him and his new wife and daughter. Like... last year. Because I am a civilized badass chick that does things like that. And because its great to arrive to somebody else's home-cooking.

The year was 2008, and I was engaged to Mr. D. The problem was that we were a terrible match. But I could not see it. I was drinking like a fish at the time and my reality had tunnel-vision. Mr. D was very tall, sweet, handsome (I thought so, anyway) and kind. So long as he didn't snap in violent rage fits, of course. There was that. In truth Mr. D suffered from repressed anger, was extremely close-minded and I drove him crazy (not in a good way). Mr. D wore Dockers with leather braided belts and ironed his shirts. He lived for College football season. If you know me, all the above is the definition of hell.

When Mr. D slid a ring on my finger, I actually added a question mark to my answer. "Yes..?" I said weakly. He hugged me with a sigh, and I didn't know how to take it back.

Our first Thanksgiving together, we went to visit his mother in a town called West, Texas. It was a seven-hour drive (yes, seven!), and I was determined to make the best of it. However, within an hour of being on the road, a driver tried to cut us off; I screamed and flipped him off (not my proudest moment), which irked Mr. D. so much that we got in a huge fight, and he punished me with silence the rest of the road. He was also a competitive driver (in his old Ram truck, yuck) so bathroom breaks were almost forbidden, lest we would be passed by the pesky truckers we had left behind. It was 7 hours of absolute torture, to say the least.

I remember arriving to his Mother's house in such a state of distress that my whole body begged for the relief of wine. To my horror, the woman offered me tea or lemonade. I literally heard my brain screech as I said: "Any chance you have wine? Rum? Something?"

Mr. D. stared daggers at me. He had, in fact, just introduced me to his mother. I had responded with a request for alcohol as my first contact with her. Gracious, Pamela.

I remember drinking the rest of the weekend. The brothers arrived with 24-packs of beer and gallon-sized cheap wine, which felt like a gift meant just for me. I drank it all. I drank through the discomfort of meeting the sister, the uncles, the kids, the childhood friends and the aunts. I drank through the family stories and the plans of what would be bought at Walmart at 2 in the morning (what???).

Flash forward to the FOLLOWING Thanksgiving with Mr. D. The ring had been on my finger for a bit too long, and I was still not making wedding plans. However, I had made a huge decision only a couple of weeks before Turkey day. It was, indeed, two weeks after that beautiful 11/11 sobriety date. This would be my first holiday sober. And a challenging one, to say the least.

The seven hour drive was horrific, and although this time we did not fight, I still would have KILLED for wine. The rush of sweet relief that would travel through my veins, de-stressing my contracted body and achy muscles. The glittery glow that immediately overtook me when I had two glasses in me. Oh, I how I missed it. The next two days were hard, hard. I found myself crying in silence while I buttered rolls, wiping my tears when someone entered the kitchen. The open bottles over all the tables and counters were a horrible tease to my soul. "You cannot drink me. Ever again." They tempted me. They mocked me. I found myself hyperventilating when people around the table were kinda drunk. I stared as their glasses hit their lips and I could almost feel the spicy ache of the red liquid travel down my throat. I fled to the bathroom and grabbed on to the sink, gasping for air. I hated being alive. I did.

Fortunately, Mr. D. was kind enough to keep a watchful eye for me and hug me tight when the cravings were SO big I felt I would faint. These were NOT the Thanksgiving dinners I had dreamt of. And Mr. D's shelf-life would expire when I had sobered up enough to know that I was headed to a life of mutual misery. We dodged a bullet when I returned the ring.

The next couple of Thanksgivings were not great either. Mr. D had been replaced by Mr. J, who would become my second husband. The first Thanksgiving with him was in his family home, where his aunt kept calling me Donna - the name of the old girlfriend. But at least I was sober for that one, and the cravings were gone. Hurrah.

The second Thanksgiving with Mr. J was at a friend's lake house. The owner of the house still did not know of my sobriety and he proudly announced that the mini-fridge in my room had been stacked with Modelos and limes, just for me. I thanked him and explained I was now sober. He was crestfallen. I remember thinking how peculiar it was that some people were disappointed that I didn't drink. They didn't know that for me, to drink was to die.

The next few Thanksgivings with Mr. J were actually quite sweet.

None of them were like the movie I had imagined. The best one was the one in which we pretended we were sick (to avoid family invitations), and stayed in bed all Thanksgiving weekend, feeding each other turkey and watching movies under the covers. Definitely my best Turkey Day by far. However, I had relapsed at some point during my very lonely marriage, and I was struggling to get back on recovery once more. I remember craving and jonesing all weekend. And hating myself for it.

Mr. J would eventually kick himself out of our relationship (not once but 5 times), to finally never come back.

My drinking had been replaced by my sick relationship to him, so with him gone I had to work on a completely different set of issues. I had to recover my sobriety and also my lost soul - the one I lost through my codependence.

Fortunately for me, the progress has been tremendous and the journey has become a holy one of returning back to Self-Love.

Me. Turkey Day and Me.

Today there is no bachelor or American in-laws of any sort. There is no meal-planning or basting or shooting up a turkey with milk and white wine. There are no uncomfortable hand-shakes, aunts mispronouncing my name, children running around the table, childhood stories and wine bottles being passed around. I have to admit that as much as I thought I wanted that, I don't miss it. Not today, anyway. Maybe someday I will have it and love it. But not today.

Today there was my son and I, and our beautiful, new life.

There were Central Market containers with lots of little traditional foods. There were blankets and movies with my boy, followed by a quiet afternoon to myself when he had gone to see his girlfriend.

There was quiet and stillness. There were candles and incense and gratitude meditations. There was glorious silence that does not feel like an empty hole in the middle of my center. There was serenity. There was self-hugging. There was a quiet smile. There was a strong sense of Self. There was peace.

And I felt grateful. More grateful than ever.

Today I am sober and recovered. I am releasing my codependency chains. I am devoted to self-love and self-compassion. I feel ripe with love and opportunity. I have begun the hardest road of all, the one of self-healing. It is a hard and beautiful road.

This is the first Thanksgiving I don't feel like an impostor. I am not hijacking somebody else's holiday - I sit with my son, and I sit with me. I sit in honor of our ancestors (yours and mine) and I thank all the imperfectly perfect men who were placed on my path for a reason.

I thank every perfectly imperfect Thanksgiving. Every story. Every person who welcomed me. Every kind meal. Every drink drank. They were all my teachers.

I am so grateful today, deep in my bones. For the beautiful journey. It did not look like in somebody else's movie. It looked like my own.

I am so grateful to be free.

SHE RECOVERS Podcast Interview: Trauma and my addiction
What is the Difference Between a Program of Recovery, a Sponsor, and a Recovery Coach?
Writing a new chapter (Recovery in action, part 2) 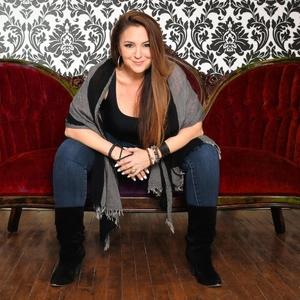 As a Recovery Coach - but mostly as a person living a sober life - I love to share my musings. You see, in recovery we see things with a completely different filter than other people. The default of that filter is lack and resentment: what you "can't do" anymore. The work we do to shift our approach of recovery, gets us to flip the filter to one of abundance + gratitude. These writings capture the journey of this intentional mind-frame - which is not always easy, but always worth seeking. Enjoy and pass these on to those who can benefit from them.

(Plus resources and freebies!)